After a short, two-hour bus ride from Frankfurt, I arrived in Cologne. By the time I got here, it was dark, so I headed to my adorable Airbnb and settled in for the night. 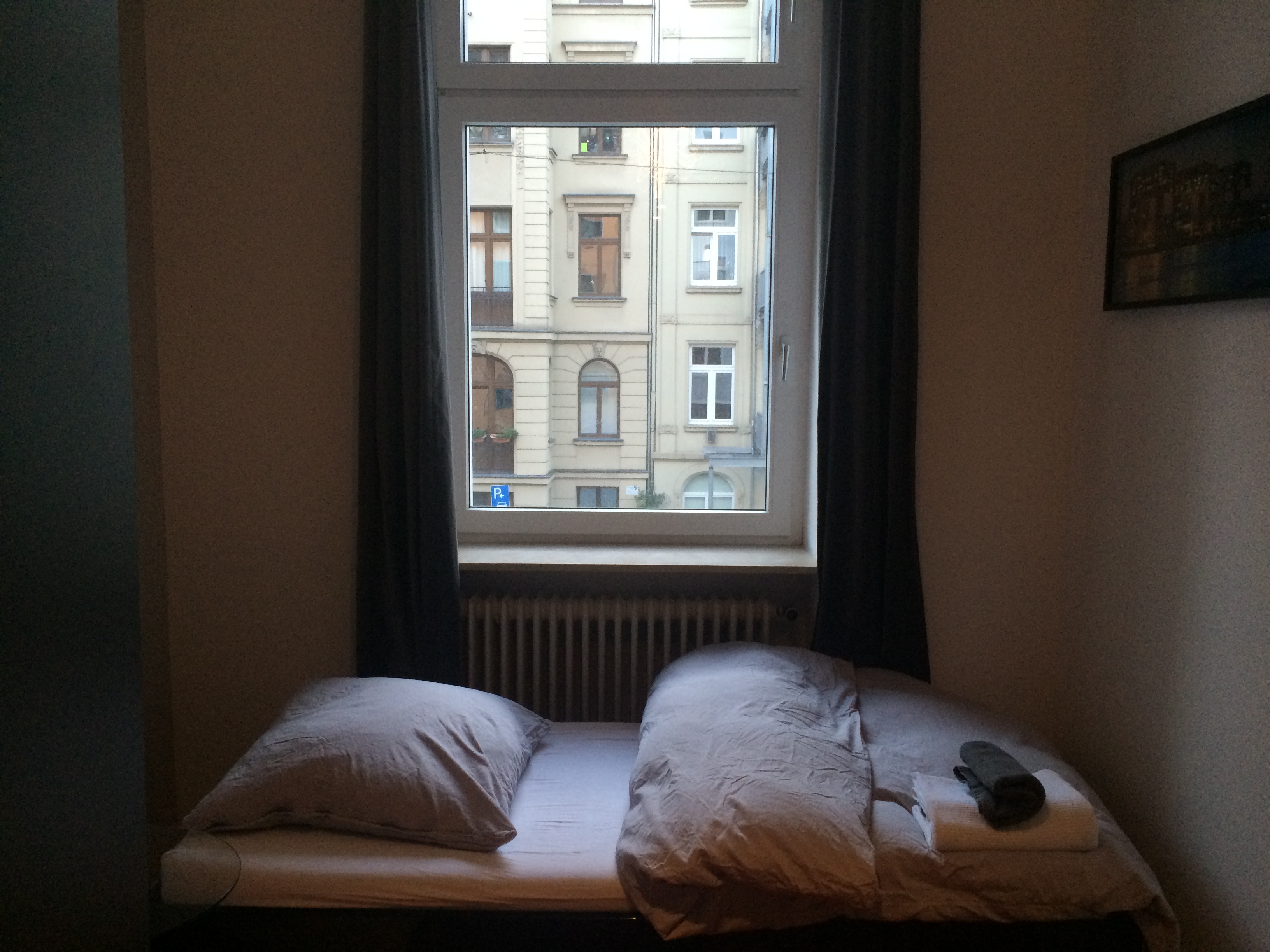 The next day, I woke up, looked out the window, and saw… rain. I’m only in Cologne for a couple of days, so I had to make the best of it. I put on my rain jacket, and headed out toward the Schokoladenmusem. Yes, the CHOCOLATE MUSEUM. 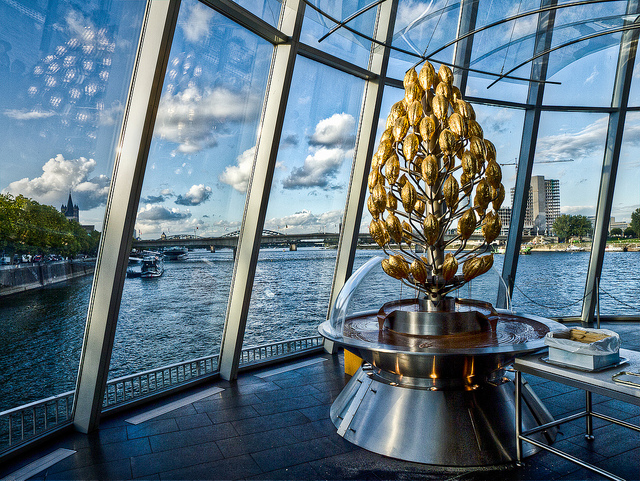 It was so fun to see the history of chocolate. They had the machines actually making the chocolate, which was really cool to watch. My favorite part – the chocolate fountain pictured above. (Image not mine, taken from here.)  I took quite a few pictures, but it was pretty packed in there. Apparently there were a few schools that were on field trips to the museum, and kids were running around everywhere, screaming and yelling. It was nice to look through everything, but I can’t handle crowds, so I took my leave.

Since it was pouring down rain, I decided it might be nice to get a cup of coffee somewhere. I’ve been trying to go to more local coffee shops, but the only ones I found on my way here were bakeries, which usually have terrible coffee. So I found a Starbucks. Is there any possible way that I could get more touristy than a selfie with a Starbucks cup in front of the Christmas tree? I’m embarrassed.

I plowed my way through the rain back to the Airbnb, admiring the architecture on the way. The buildings here are so cute.

I found the biggest Christmas tree in town. It’s all wrapped up!

It was a short but fun day. It definitely improved after coffee. 🙂

Hi! I’m Amanda. I come from Northern California, but I left home in 2015 to pursue a life of endless travel. In the last four years, I’ve travelled to 28 countries and filled up 10 pages of my passport. After three years of full time travel, I am now living in Sydney, Australia, and traveling as much as possible!